Case Type:
Consumer
Case Status:
Affirmed
Citation:
BAP No. HI-20-1036-BGTa (BAP 9th Cir. Oct. 6, 2020) (unpublished) (9th Circuit, Oct 06,2020) Not Published
Tag(s):
Ruling:
The BAP for the 9th Circuit affirmed the ruling of the bankruptcy court (D. Haw) sanctioning a pro se alleged creditor for filing frivolous complaints against the chapter 7 trustee. The BAP held that, although sanctions were not available under Rule 9011, the record supported the bankruptcy court's decision to impose sanctions under its inherent authority.
Procedural context:
Pro se creditor had filed two lawsuits against the chapter 7 trustee, both of which were dismissed for failure to prosecute. The bankruptcy court sanctioned the pro se creditor after the trustee filed a Rule 9011 motion, which the pro se creditor appealed.
Facts:
The chapter 7 trustee had filed an adversary proceeding against the debtor to avoid two fraudulent transfers of real property, both of which properties debtor had claimed as exempt. The debtor had opposed the trustee's efforts to obtain possession of the properties by arguing that the trustee had failed to object to debtor's claimed exemptions. The Ninth Circuit, upholding the bankruptcy court, held that the filing of the adversary proceeding satisfied the procedural requirements of Rule 4003. Subsequently, two pro se creditors (likely friends of the debtor) filed complaints against the trustee challenging the denial of the debtor's claimed exemptions and asserting that trustee's adversary complaint did not comply with the procedural requirements of Rule 4003 — the exact issue which had been decided by the Ninth Circuit. The trustee sent both creditors Rule 9011 letters threatening to bring sanctions motions. After dismissal of the complaints, the trustee filed Rule 9011 motions against both creditors. The creditors filed essentially identical oppositions, arguing that the trustee did not comply with Rule 9011 because he had not sent them actual Rule 9011 motions as required by the rule to trigger the 21-day safe harbor provision. The bankruptcy court "reluctantly" denied the motion as to the creditor who appeared at the hearing on the motions, but granted the motion as to the other creditor who failed to appear without an explicit finding of bad faith or willful misconduct. The Ninth Circuit BAP upheld the sanctions against the pro se creditor based on the bankruptcy court's inherent authority under section 105 and an implicit finding of bad faith, though noted that sanctions would not be appropriate under Rule 9011 because the trustee had not served the actual Rule 9011 motion.
Judge(s):
Brand, Gan, Taylor 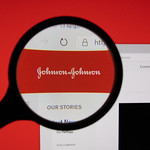 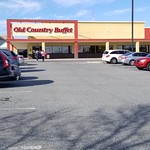 Old Country Buffet’s Bankrupt Parent Is Up for Sale Again 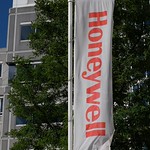 Honeywell and Asbestos Trust Countersue over Disputed Claims of $2.3 Billion 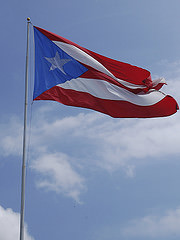 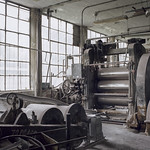