Citation:
2011 WL 3568936 (2d Cir. August 16, 2011)
Tag(s):
Ruling:
The Court was faced with several issues regarding the proper interpretation of the Securities Investor Protection Act, 15 U.S.C. § 78aaa et seq. (“SIPA”). The Court first ruled that the appellants, (a group of Bernard L. Madoff Investment Securities (“BLMIS”) claimants), are “customers” with claims for securities within the meaning of 15 U.S.C. § 78lll(2), entitling them to the protections of SIPA. The Court based this conclusion on what it referred to as the “critical aspect of the ‘customer’ definition” – “the entrustment of cash or securities to the broker-dealer for the purpose of trading securities.” In re Bernard L. Madoff Investment Securities LLC, 2011 WL 3568936, *6 (2d Cir. August 16, 2011) (citations and internal quotation marks omitted). With this preliminary determination made, the Court turned to the crux of the appeal: whether the SIPA Trustee’s decision to calculate “net equity” (the amount of the customer’s claim) by using the “Net Investment Method” (cash deposits into BLMIS accounts minus cash withdrawn from such accounts) was permissible under SIPA. Appellants argued that the language of SIPA mandates the use of the “Last Statement Method,” whereby a customer’s “net equity” is determined by reference to the market value of the securities reflected on such customer’s final BLMIS account statement. Reading the two SIPA provisions relevant to the calculation of “net equity” together (15 U.S.C. §§ 78lll(11) and 78fff-2(b)(2)), the Court concluded that no single method is mandated by the statute. Rather, the Court held that the Trustee “should determine a customer’s entitlement to recover ‘net equity’ based both on the statutory definition of that term and by reference to the books and records of the debtor.” Id. at *7. In this case, the Court endorsed the Trustee’s rejection of the “Last Statement Method” (and his use of the “Net Investment Method”) because, upon reviewing the books and records of the debtor, it was clear that the customer statements were entirely fictitious, representing “after-the-fact constructs that were based on stock movements that had already taken place, were rigged to reflect a steady and upward trajectory in good times and bad, and were arbitrarily and unequally distributed among customers.” Id. at *8. Calculating “net equity” on the basis of such statements, the Court reasoned, would be highly inequitable because “those who had already withdrawn cash deriving from imaginary profits in excess of their initial investment would derive additional benefit at the expense of those customers who had not withdrawn funds before the fraud was exposed.” Id. This would also lead to the absurdity of allowing “the whim of the defrauder . . . [to control] the process that is supposed to unwind the fraud[,]” and undermine the “main purpose of determining ‘net equity’ [which] is to achieve a fair allocation of the available resources among the customers . . . .” Id. at *10. The Court was careful to note that the “Net Equity Method,” while appropriate here, might not be appropriate in a majority of cases, wherein the “Last Statement Method” might more properly be employed. Id. at *8. Furthermore, the Court recognized that there might be other methods for calculating “net equity” other than the two presented to the Court in this case, id. at *5 n.5, and that the Trustee should be given a measure of deference in his choice of an appropriate method, “so long as the method chosen by the trustee allocates ‘net equity’ among the competing claimants in a manner that is not clearly inferior to other methods under consideration. Id. at *8 n.7.
Procedural context:
Interlocutory appeal brought by former BLMIS investors from an order of the U.S. Bankruptcy Court for the Southern District of New York. The Bankruptcy Court had affirmed the decision of the SIPA Trustee to use the “Net Investment Method” to calculate the investors’ “net equity,” and certified its decision for immediate appeal to the Second Circuit Court of Appeals. The Second Circuit accepted the direct appeal, and affirmed the order of the Bankruptcy Court.
Facts:
This case arises out of the infamous and massive Ponzi scheme perpetrated by Bernard Madoff. Irving H. Picard was appointed, pursuant to SIPA, as Trustee for the liquidation of BLMIS. His responsibilities under SIPA include recovering and distributing customer property. This particular appeal concerns whether the Trustee’s method for carrying out his duties under SIPA – in particular the method chosen for calculating the customers’ “net equity” (i.e., claims) – is legally sound.
Judge(s):
Jacobs, Chief Judge, Leval and Raggi, Circuit Judges. Opinion by Jacobs, Chief Judge. 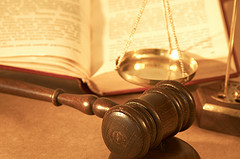 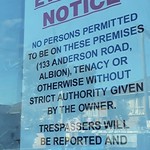 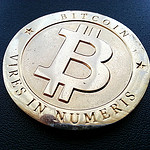 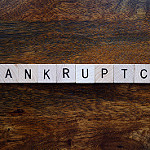